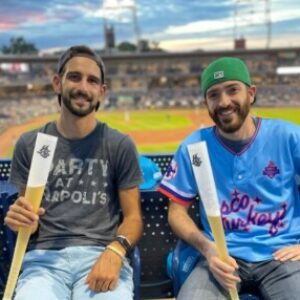 On January 31 of this year, Shohei Ohtani was named the cover player for MLB The Show 2022. He then went on to have one of the most impressive seasons in baseball history, finishing as both a top batter and top pitcher in the American League. 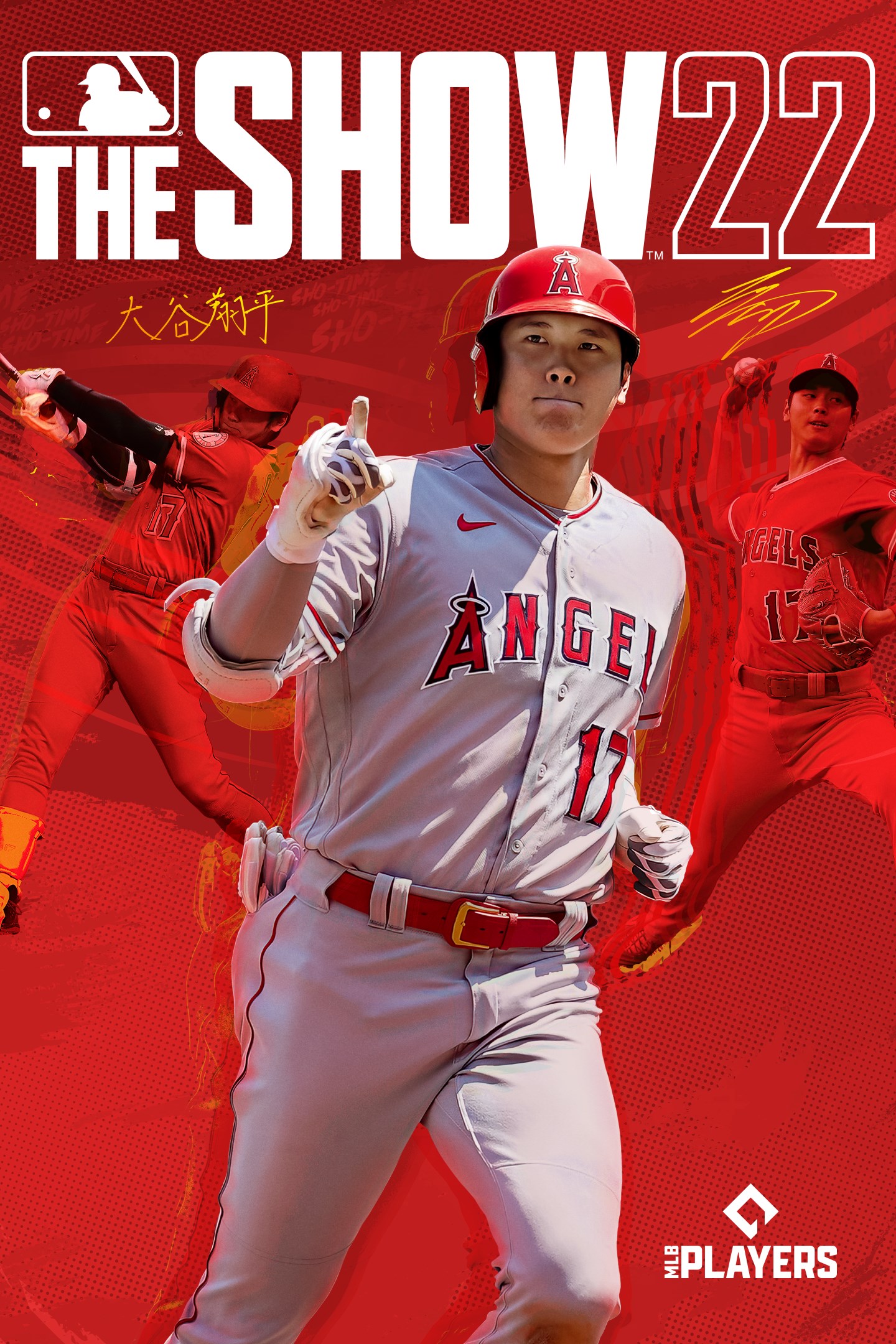 Every March, we all rush to buy the newest copy of MLB The Show. Since 2012, each installment has featured a different player than the prior year (well played, Mauer for being the last player to cover back-to-back editions of the game). There’s always persistent chatter that players who cover video games, across all sports, become victim to a curse that is followed by a down year or an injury-plagued season… But is this really the case? Let’s take a look for ourselves by analyzing every player to ever appear on the cover of a video game and their fWAR from the year it was released. That last part is crucial because in the late 90s and early 2000s baseball video games were often titled after the following year to align with other sports’ games, however, this has been rectified and standardized in recent years so the year in the game title aligns with the year of its release.

To separate all players into fWAR tiers, we will use the chart provided by FanGraphs. However, I will add a new tier. MVP will now be 6-8 WAR, with 8+ being now known as Elite. And off we go!

N/A – Did Not Play in MLB that Season

The general theme of this group could simply be described as “legends.” The obvious outlier is Hee-Seop Choi who had a career 2.8 fWAR in MLB. For a span of time, MLB The Show would release alternate covers in different regions, usually featuring players from that region. The South Korean cover that year featured six different players (we’ll discuss the others later), but only Choi would not land with an MLB team for the start of the 2006 MLB season. After spending 2006 with the Pawtucket Red Sox, he’d go on to enjoy eight more seasons with the Kia Tigers of the KBO before retiring at the conclusion of the 2015 campaign. By definition, a negative WAR implies that player should be replaced by, at the least, a league-average player, however, these three players at least receive the consolation prize of covering a video game in the seasons they put up negative fWAR. Steve Garvey had a profound MLB career, even earning the honor of having his number retired by the San Diego Padres in 1988. He only played for about two months of the 1987 season, making his final appearance on May 23 of that year, but unfortunately accrued a negative fWAR in that time. 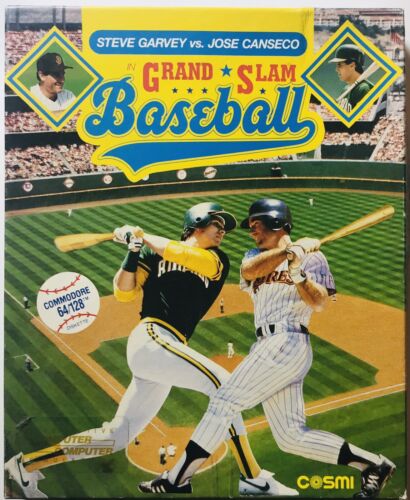 As was relatively common at the time, the cover of RBI Baseball ’95 featured actual photographs from an MLB game as opposed to modeled photoshoots or edited images. In this case, the cover features Oakland Athletics pitcher Ron Darling pitching to Seattle Mariners batter Tino Martinez (we’ll get to them later), but in the bottom right of the cover, with his back to the camera, is clearly Scott Hemond with his large Athletic-green and yellow #2. Despite RBI Baseball not having a license to use MLB team logos at the time, the iconic colors of the Athletics went a long way in identifying Hemond in this photo. Darling pitched three games against the Mariners in 1994, the season before the game’s release, but only one of them had Hemond catching him at home. It’s safe to assume the photos featured on this cover are from May 25, 1994. Darling would throw a complete 9 IP with 7 strikeouts, but ultimately take the loss as the Athletics gave him no run support and fell 1-0. 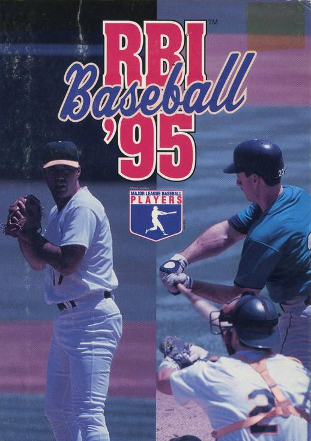 There’s certainly a lot to unpack in this section as we have quite the mix of players grouped together. The most obvious and largest group would simply be mediocre players. Aaron Sanchez, Bo Jackson, Brent Gates, Brady Anderson, and Brian Jordan all enjoyed fine careers, but featured multiple seasons of 0-1 WAR production. Next, we have our international cover stars. Wei-Yen Chen and Shin-soo Choo would both be featured on multiple covers of MLB The Show in their native countries of Taiwan and South Korea specifically. Jae Weong Seo was one of the six players, along with Choi, to adorn MLB 06: The Show in South Korea. Following them, we have the aging former stars. Ron Darling and David Ortiz had fabulous careers with World Series championships for both and eventual Hall of Fame enshrinement for the latter. There’s nothing wrong with covering a game late in your career! Mid-way through the 2004 season Jason Giambi was diagnosed with a benign brain tumor. He’d miss two months while recovering and put up pedestrian numbers in his return. Lastly, both Javier Baez and Christian Yelich, of course, fell victim to the shortened 2020 season.

Another fun thing to note here is the progression of these baseball franchises. Sega produced the World Series Baseball series from 1994-2003, before eventually being succeeded by the lone edition of ESPN Major League Baseball in 2004, followed by the MLB 2K series from 2005-2013. 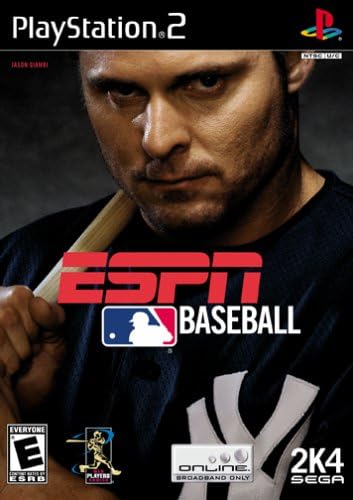 As we reach the lower single-digit fWAR range, the field becomes a lot more populated, so just some quick highlights. 2006-2011 saw the release of a few games that featured 5+ players on American covers, which is rare to say the least. These are MLB Slugfest 2006, MLB Power Pros and its sequel MLB Power Pros 2008, MLB Bobblehead Pros and its sequel MLB Bobblehead Battle, MLB Superstars, and perhaps the most interesting of them all, Nicktoons MLB. You’ll see these titles pop up more than a few times. 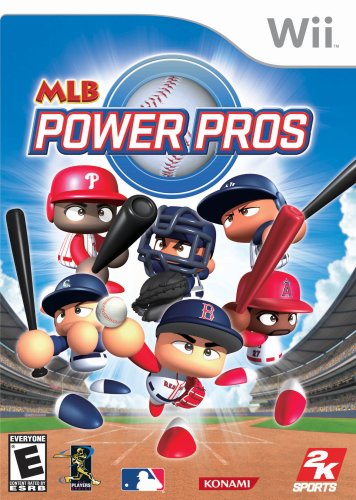 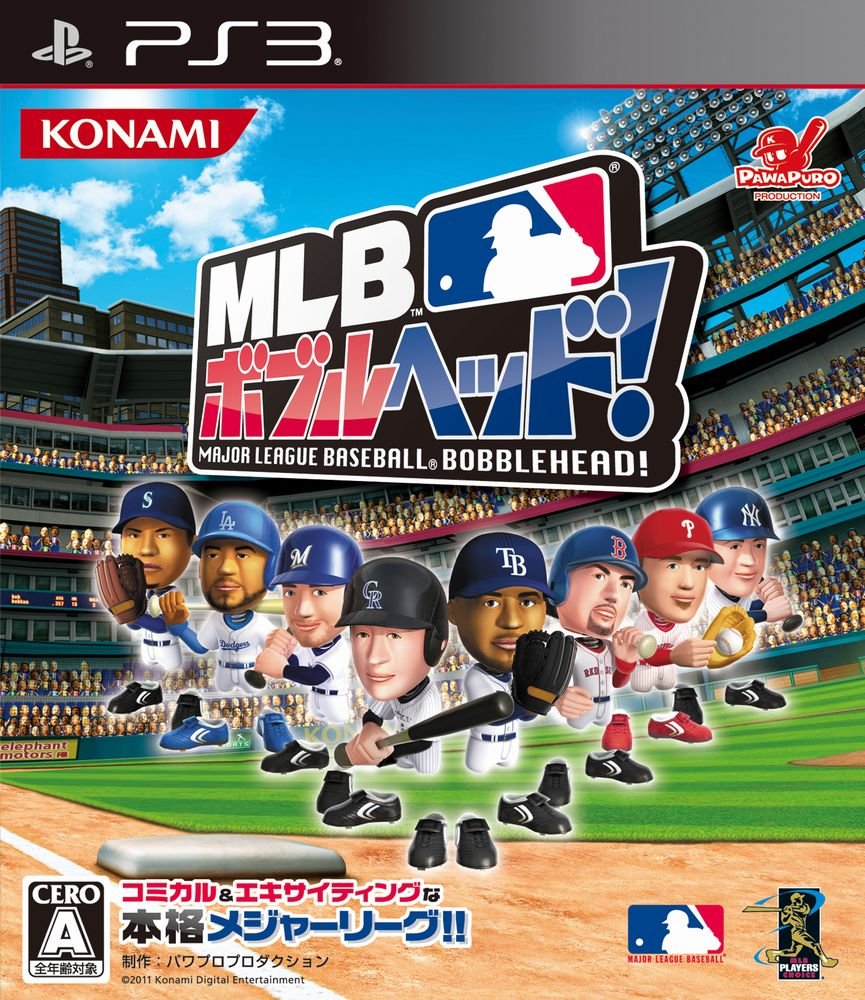 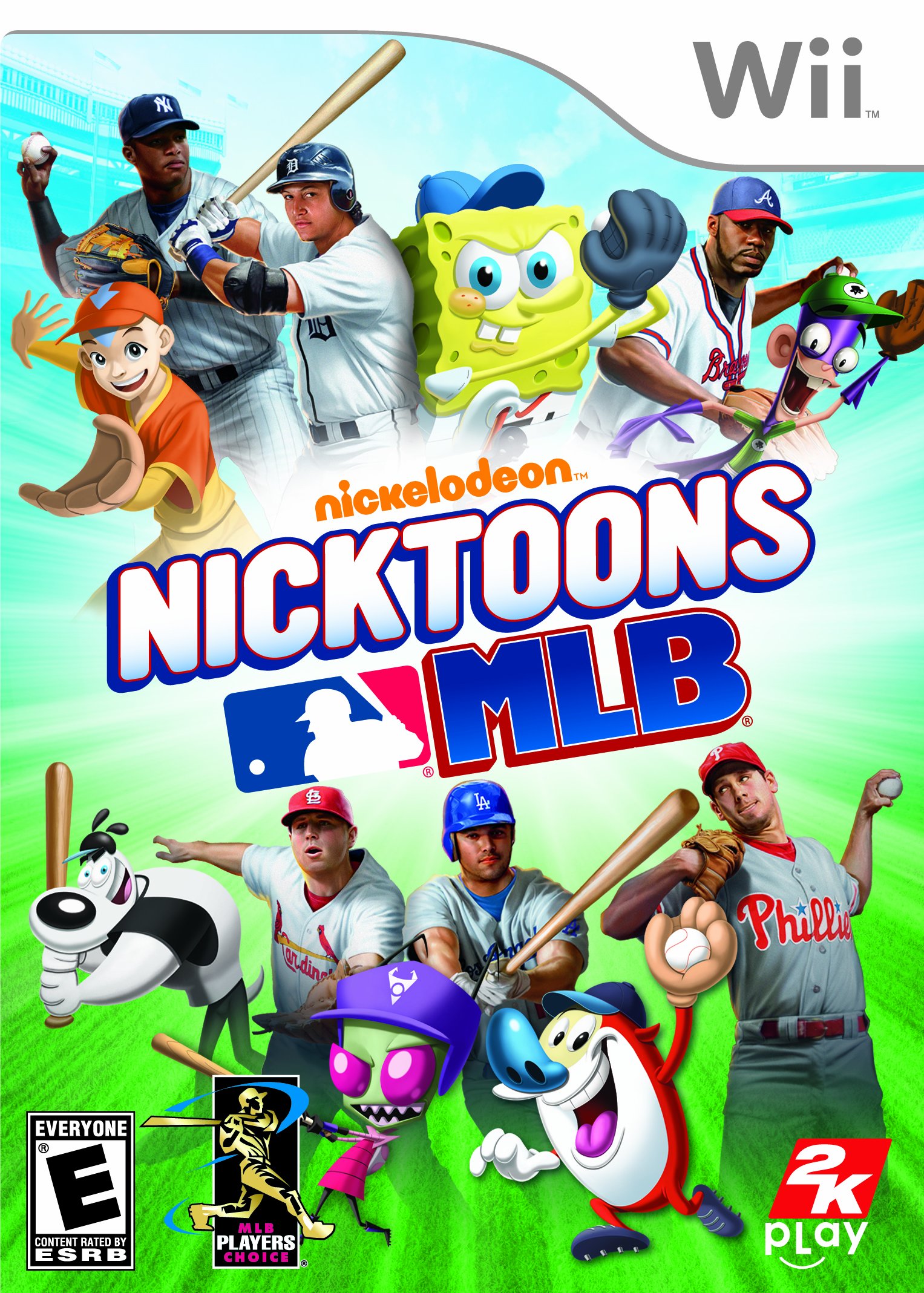 Marcus Stroman’s Canadian cover of MLB The Show 18 was the last MLB The Show game to have an alternate cover for an international market.

Some more baseball video game franchise history here! VR Baseball would release three titles from 1997-1998, with two in 1998 both featuring Darin Erstad as listed above, before changing the series name with their last baseball game to Interplay Sports Baseball Edition 2000.

One of the highest regarded baseball video games of all-time is MVP Baseball 2005. A little known fact is the MVP Baseball series, which only had an MLB and MLBPA license from 2003-2005, is the successor to the popular Triple Play franchise, which released titles from 1996-2002. Similarly, MLB Pennant Race would be followed by the MLB (989) series from 1997-2005 before finally transitioning into MLB The Show starting in 2006.

In the 90s and early 2000s, games were often released months apart on different gaming systems with different titles, as was the case with Hardball 6 and Hardball 99. 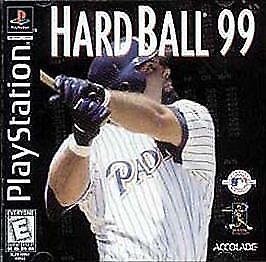 Dave Winfield’s Batter Up released in 1985 was the oldest game I could find that featured a player on the cover! There will be many more cover players to come, but only Winfield can say he was the first. Derek Jeter has covered the most games, totaling nine in his career. It’s hard to say if we’ve seen the last of Jeter on the cover of games as a few players (see above) have covered games after their playing days concluded. Jeter covered a game each year from 1999 to 2007. He was featured on each All-Star Baseball installment from 1999-2004 before jumping ship and becoming the star of MLB 2K’s series from 2005-2007. Largely due to Jeter, the New York Yankees have had the most cover players.

To my record, Hideo Nomo is the only player to cover Japan-exclusive alternate edition. 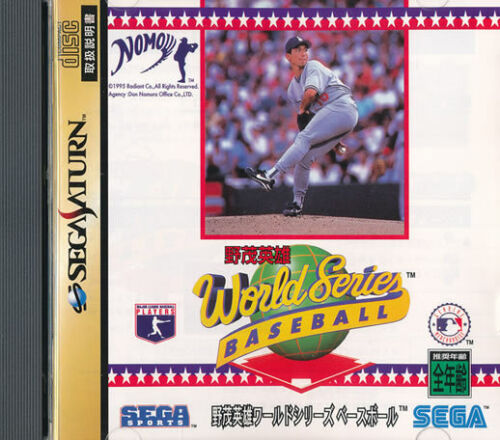 The R.B.I. Baseball series ran for two distinct stints. The “original” series spanned eight games from 1987 to 1995, with only the final release, RBI Baseball ’95, featuring MLB players on its cover, the aforementioned Ron Darling, Tino Martinez, and Scott Hemond. The series returned in 2014 and released installments annually through 2021. As of 2022, only MLB The Show remains among widely-released baseball video games.

In 2005, Nintendo announced it would be returning to the MLB-licensed video game space with Nintendo Pennant Chase Baseball, it’s first entry since Home Run King in 2002. After footage was shown at E3, an April 4 release was planned to coincide with the start of the MLB season. It would eventually be delayed to a June 13 release before being shelved permanently. 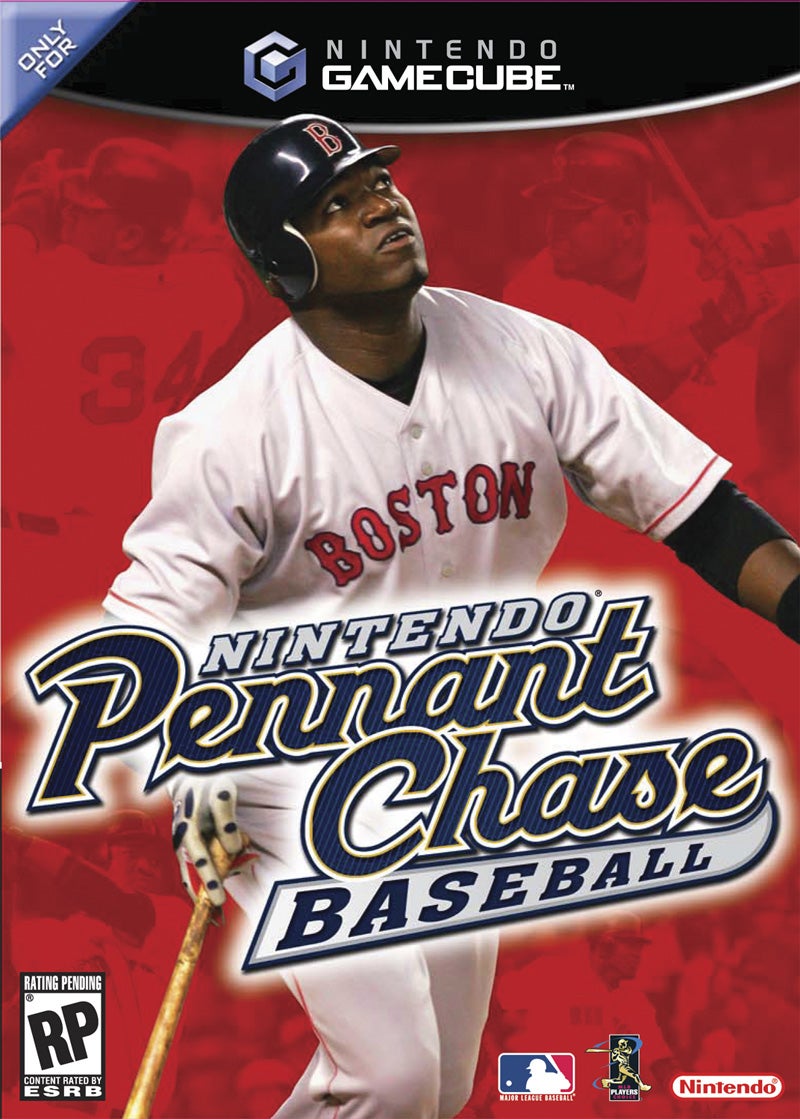 A random tidbit on a personal note, but the cover design of MLB 14: The Show is my favorite from the entire series. Happy to see future Hall of Famer Miguel Cabrera receive the special treatment. 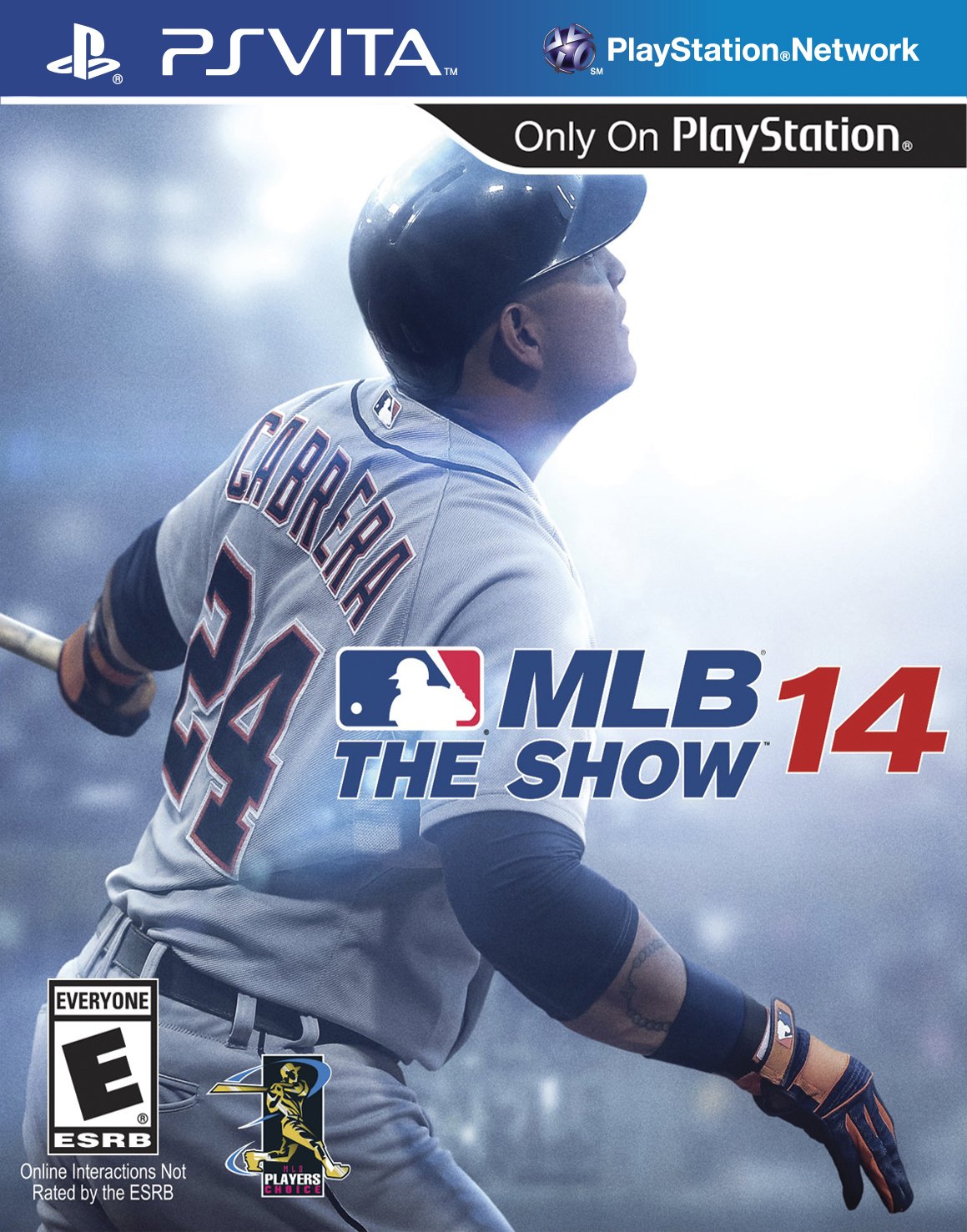 It’s getting real now. A 6+ WAR season is no joke and each of the developers of these games should be psyched that they selected the correct player to adorn their covers, but are they the best of the best? Modern MVPs generally have an 8+ WAR… but how many times has this happened in the year they also covered a video game? It’s time to find out.

And there it is! Barry Bonds, who famously did not lend his likeness in several video games (shout-out John Dowd), is the owner of the highest fWAR in a year a player covered a video game. Of course, Bonds’ 2002 is regarded as one of the best seasons of any player ever, but talk about excellent scouting and contracting by video game producers for their 2002 releases as out of nearly 200 individual player seasons, the top two ever are both from that year! This section of the list is fun to look at and see all of the MVP winners from their respective seasons, as well as those that should have won (*cough* David Wright and Matt Kemp *cough*), immortalized on our media shelves and used video game stores alike for the rest of eternity. 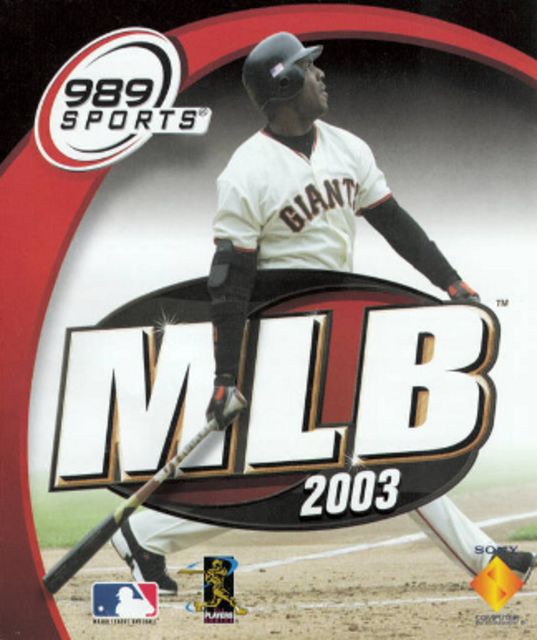